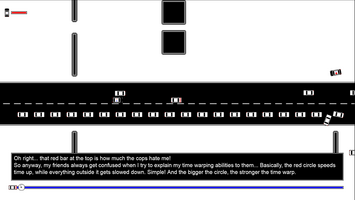 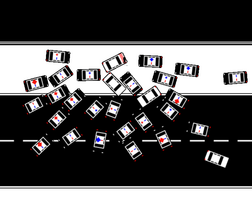 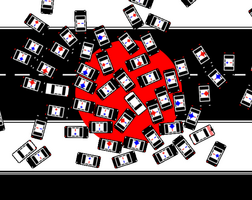 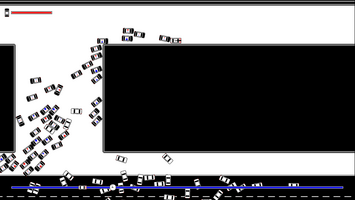 Car collision physics improved a bit, hopefully, maybe
Another, faster, siren sound effect, to add to the excitement of the chase
Tire screech sound effect plays when crashing into moving cars (sound effect to be improved later) - but disabled for now, because it plays too often and needs finetuning
Player car's beep is now slightly randomly-pitched when using secret unlockable ability
Slight rebalancing of some sound effect volumes
Made dialogue box a teensy bit more rounded at its corners
Added a few more wall obstacles in the second half of the map
Added a side road and some cars on it, to drive onto the main road
Parked car AI actors are now able to sense when you're near, so they know when to start driving
Added some more parked car AI actors
Dialogue box displayment is now programmed to be a bit more versatile and can be displayed more easily for things and stuff
Added trustworthy used car salesman
Added Bob
Moved all car behaviours to family behaviours for easier future development
Fixed player's acceleration and deceleration to be fully restored upon game completion, as player's max speed already was
Halved listener Z height from 600 to 300, for now

Get Late for Work

Use time-warping magic to outsmart the cops and get to work on time!