There's no time for a mini traffic jam!! Or is there?!

(Hold R for a few seconds if your car takes too much damage and you want to restart!)

Once time has returned to normal, you can create another time warp.

Anything caught in the time warp will be sped up to super speed (drivers will find it hard to steer!)

Anything outside of the time warp will slow to a crawl.

The red bar at the top shows how angry the cops are with you. Speeding, crashing, and straying off-road will upset them more. They don't stay mad at you forever, but you're so late for work that you don't have time to wait for forgiveness!

The blue bar at the bottom shows how distance until you reach work, and whether you're making good time (if the clock icon reaches the end of the bar before you do, you're fired!).

Still needs a lot of finetuning, debugging, and feature-adding. Please accept my apologies for the car collision physics currently being slightly awful!

Game and all assets created for Mini Jam 23 (which was themed around "Time", and had a imposed limitation of using only 4 colors!), and then updated for Weekly Game Jam 96 (with the theme "Traffic Jam") with permission, using...

I had fun but I wasn't able to beat it :'(. Had a very GTA type feel with overwhelming police haha.

I'm glad you had some enjoyment!

Yeah, I've found the police to be especially overwhelming right after you stop using your time ability. The physics definitely don't help once you get surrounded (except when you suddenly teleport!). I definitely need to make improvements. It becomes hard to make much progress once your car gets beaten up, too. Sorry about the lack of balance.

Thanks for playing and for leaving feedback! :)

Nice work, really like the simple aesthetic, looks nice and clean. Concept was pretty neat, though I found myself using it to speed myself up and slow others down rather than speeding other cards up to make them miss.

I think at some point your car should probably just explode. You can reach a point where your car is so slow that you pretty much have to restart because it's impossible to make it in time.

As you said in the description, the collision is quite buggy, I even got pushed through a wall which allowed me to get away from about a hundred police cars.

I feel like whenever I released the time warp on my car, a literal army of cops would come from offscreen and completely surround me. I think if you made the "time return" effect a tad quicker you could actually escape in that scenario.

This is all excellent feedback.

Thank you, Thoof, for reminding me of things I've noticed or thought about during testing but then forgotten to focus on fixing.

Your comment will be helpful in keeping me on track! 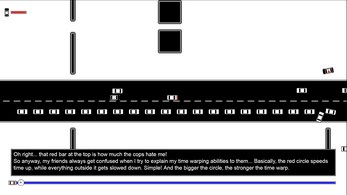 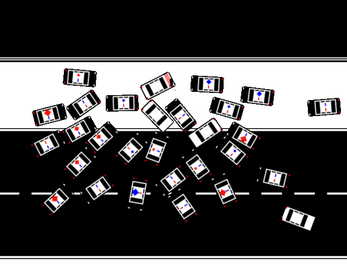 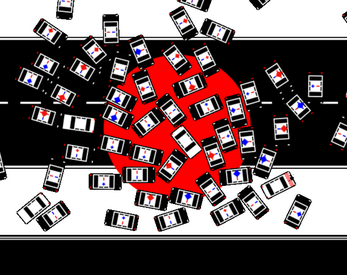 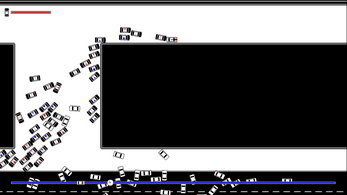